Bishop Stephen Cottrell to be the next Archbishop of York 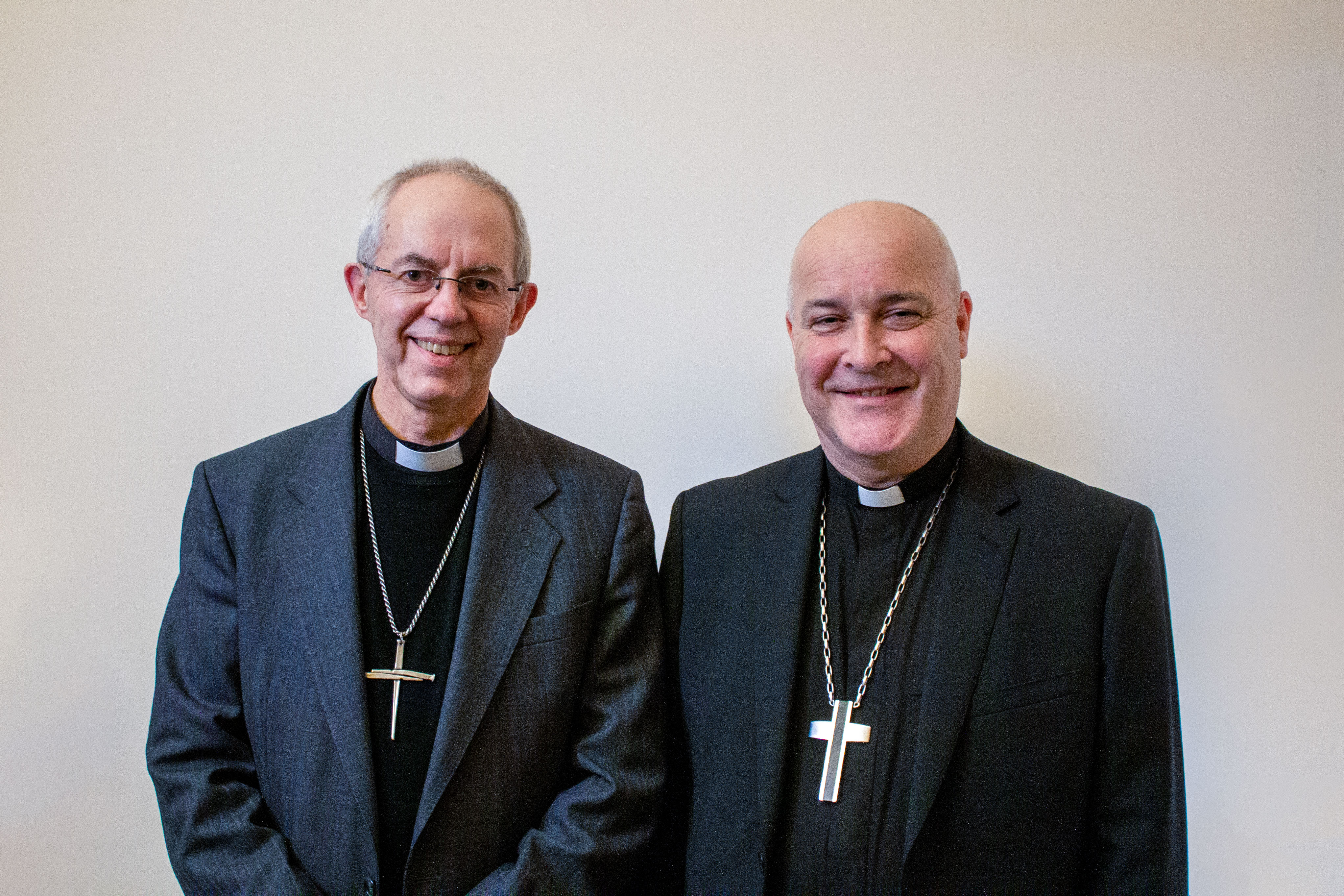 The Queen has approved the nomination of the Rt Revd Stephen Cottrell as the next Archbishop of York, Downing Street has announced.

Bishop Stephen, currently Bishop of Chelmsford, will succeed Dr John Sentamu who retires in June of next year.

A renowned preacher, author and communicator, he will be the 98th occupant of the see of York - in a line of succession dating back to St Paulinus in 627AD

"I hope to help the church be more joyful and more effective in sharing the gospel and bringing hope and unity to our nation."

As Primate of England and Metropolitan of the Province of York, he will share in the leadership of the Church of England in partnership with the Archbishop of Canterbury, Justin Welby, at a time of change and challenge for both the Church and the country.

“I am humbled and excited at the prospect of becoming the 98th Archbishop of York. I will receive the baton from Archbishop Sentamu. These aren’t just big shoes to fill, but a big heart and a big vision. However, I am not daunted. Archbishop Sentamu and I have worked together in mission on many occasions and I hope to build on the work he has pioneered. Working alongside the Archbishop of Canterbury, I hope to help the church be more joyful and more effective in sharing the gospel and bringing hope and unity to our nation.

Although I was born and grew up in Essex, I lived and served in Huddersfield for nine years. I know and love the north of England. Two of our children were born there. I now look forward to returning and being a voice for the North, sharing the liberating good news of the gospel and helping to address the discrepancies of wealth and opportunity that too often favour the South."

“I am delighted that the Rt Revd Stephen Cottrell has been nominated to become Archbishop of York. Archbishop Sentamu’s ministry has been extraordinarily significant. In Bishop Stephen there is a worthy successor. He is someone who radiates the joy and love of Jesus, making his hearers want to meet and know Christ better. He has been a Bishop for 15 years, and wherever he has gone he has spread the love of God, leading churches to be more confident in what they believe and more passionate in what they do for their communities. His long experience in many areas, including nine years in the north of England, means that he brings wisdom as well as gifts in his ministry. He writes beautifully, engagingly and honestly, easily read and profoundly thoughtful.

He is committed not only to speaking of Jesus, but to the renewal and reform of the Church of England in every aspect, as a church with a living, spiritual presence in every community. He is committed to the church as a place of safety, of growth and of hope. He leads on the work of tackling our past failures in our attention to diversity, to outer estates. He has deep experience of both urban and rural work. With a particular passion for Kenya, Bishop Stephen knows well the variety and vibrancy of the Anglican Communion and is utterly committed to the life and unity of the communion as a whole.

Personally, I know that he will be both an encouraging and a challenging colleague, and am sure that working together we will be able to address spiritually and practically the great challenges facing our country, and facing the Church of England.”

“In 1997 I was a member of the Springboard Committee, the Decade of Evangelism Initiative set up by the then Archbishops of York and Canterbury. In that year I met Bishop Stephen Cottrell and Bishop Alison White, who succeeded Bishop Michael Marshall and the Revd Canon Michael Green as Springboard Missioners.

Bishop Stephen Cottrell has the Gospel in his belly and a tiger in the tank!

I am glad he is returning to the Northern Province where he with others developed the Emmaus course for evangelism, nurture and discipleship. His greatest passion is to share the Gospel with everyone in a friendly and accessible way. His nomination as my successor has gladdened my heart and he can rely on my prayers. He and Rebecca will find a warm welcome here at Bishopthorpe and throughout the Northern Province. “Bishop Stephen, God is blessing you.”

Born in Leigh-on-Sea, Essex, in 1958, Stephen Cottrell was educated at Belfairs High School, Leigh-on-Sea, and the Polytechnic of Central London. He found faith as a teenager through the work of youth organisations in his local church.
After a brief spell working in the film industry, he began training for ministry at St Stephen’s House, Oxford, in 1981 and was ordained deacon at the age of 26. He later studied for an MA with St Mellitus College.

Serving his curacy in Christ Church and St Paul’s, Forest Hill, south London, in the mid-1980s he was priest-in-charge at St Wilfrid’s, in Parklands, a council estate parish in Chichester from 1988 to 1993. He also served as Assistant Director of Pastoral Studies at Chichester Theological College at the same time.

He then moved to West Yorkshire, as Diocesan Missioner and Bishop’s Chaplain for Evangelism in the Diocese of Wakefield and in 1998 he took up the role of Springboard Missioner and Consultant in Evangelism. During his time in the diocese he adopted Huddersfield Town as his team alongside his beloved Spurs.

In 2001, he was called south to become Canon Pastor of Peterborough Cathedral and three years later was consecrated as Bishop of Reading. He took up his current role as Bishop of Chelmsford in 2010.

Author of more than 20 books including children’s books, he enjoys poetry, music and art. His 2013 book on the artist Stanley Spencer, Christ in the Wilderness, prompted a recent podcast reflection with Russell Brand, discussing the crucifixion and resurrection.

He has undertaken several pilgrimages, including twice walking the Camino to Santiago de Compostela in Spain, as well as pilgrim routes in England including to his future see in York.

A founding member of the Church of England’s College of Evangelists, he chairs a group of bishops with an interest in the media and is one of the authors of the Church of England’s Pilgrim course, a major teaching and discipleship resource. He also chairs the Board of Church Army. Based in Sheffield, but working across the British Isles, Church Army is an organisation committed to evangelism and social justice. He is Bishop Protector for the Society of St Francis.

Stephen is married to Rebecca who is a potter. They have three sons. 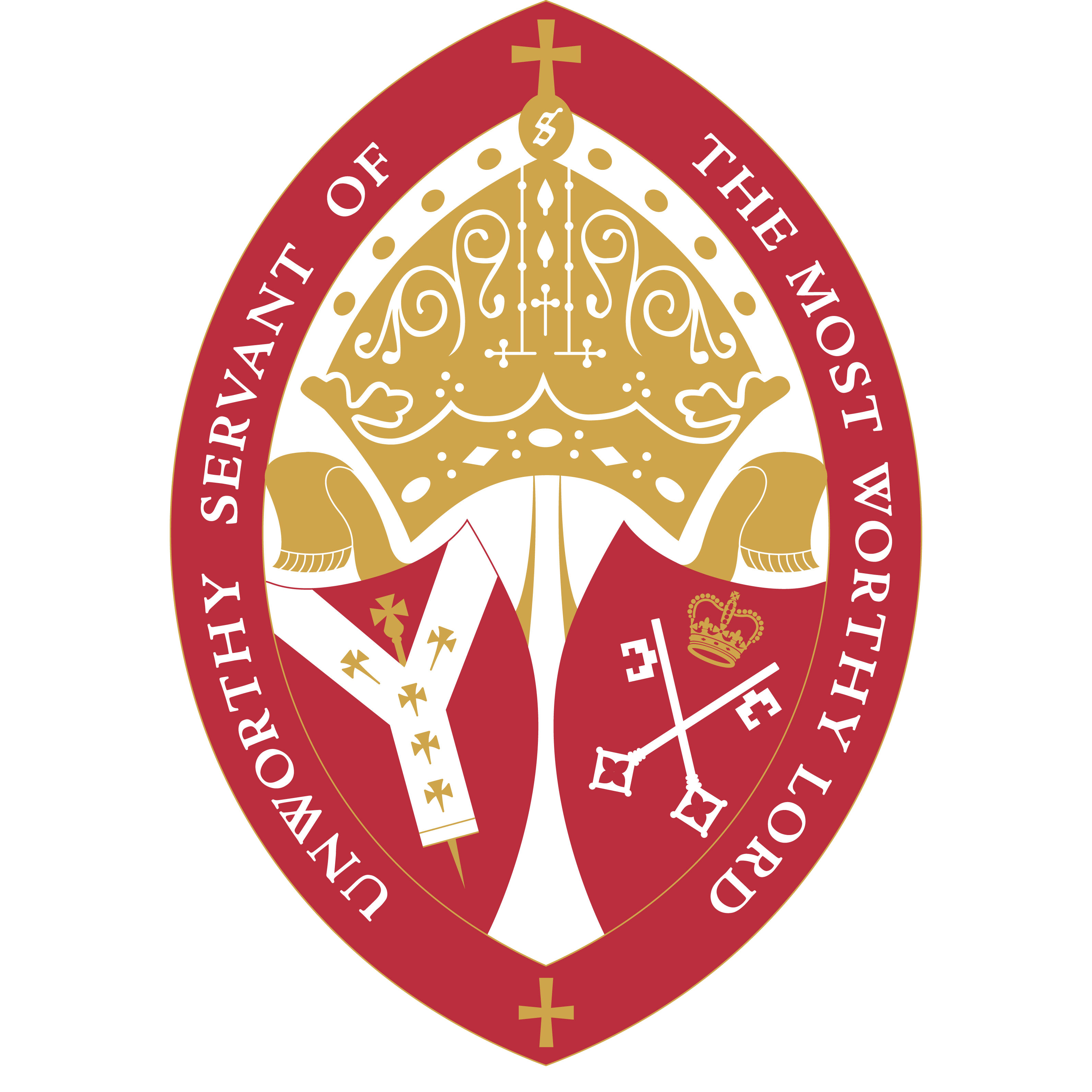 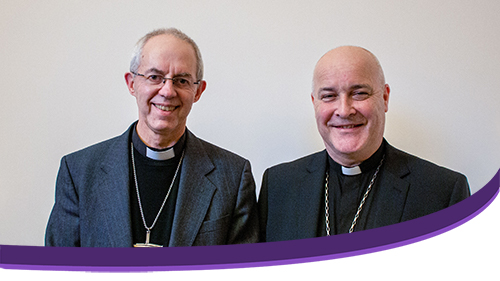 Bishop Stephen Cottrell to be the next Archbishop of York

The Queen has approved the nomination of the Rt Revd Stephen Cottrell as the next Archbishop of York, Downing Street has announced.