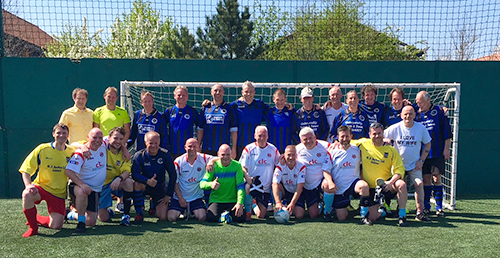 In the sunny bank holiday weather, a fantastic charity football tournament took place between two friendly rivals. All in aid of the Archbishop of York Youth Trust, Dundee Utd Supporters AFC and Pede Volucri Cogimus FC from Utrecht, battled it out to claim the prized trophy. After disappointment in Utrecht last year, Dundee Utd Supporters AFC were desperate to reclaim the trophy, which they duly did in style!

Congratulations to everyone involved and many thanks for all the money raised; a total of £146.30 to support the work of the Archbishop’s Young Leaders Award in schools.