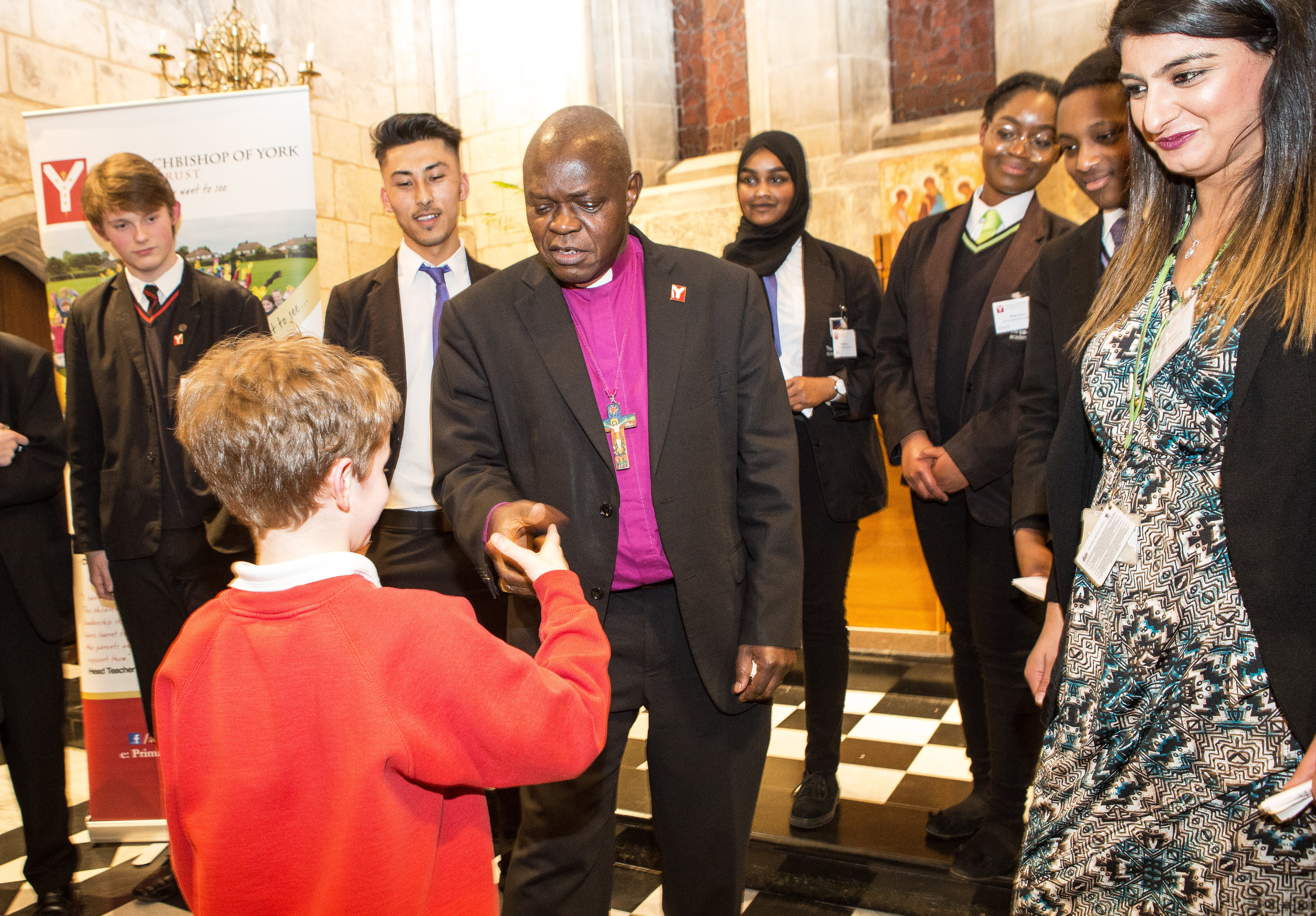 The Archbishop of York hosted a fundraising event yesterday [25 Jan] at Bishopthorpe Palace in celebration of the work of his Youth Trust.

The event showcased presentations from school children benefiting from the Archbishop’s Young Leaders Award, with pupils from Manor Church of England Academy and Heworth Church of England Primary School in York, as well as The Co-operative Academy of Leeds.

Since 2008, the Archbishop of York Youth Trust has supported over 62,000 pupils in over 500 schools to complete its Young Leaders Award at Key Stages 2, 3 and 4/Post 16. The independent charity launched a fundraising campaign last September to raise £375,000 to expand across the North. It aims to reach an additional 15,000 young people living in disadvantaged communities in 300 primary and secondary schools within the next 12 months.

The Archbishop of York said, “Our work is founded on a commitment and belief that young people do change our world for the better. It was truly inspiring to hear from the pupils, who are testament to the work of our charity. These remarkable young people are taking positive social action in their local communities, volunteering for causes they are passionate about, and making a meaningful difference. A heartfelt ‘thank you’ to all the role models from the business, community and education sectors, who came to support this important work.”

Year 9 and Year 11 pupils from The Co-operative Academy in Leeds provided a showcase for guests on the night about the range of volunteering projects they have been involved in.  This included their work to transform a community garden for local residents at ARK, a community and youth space in the heart of Harehills, Leeds; joining in an afternoon tea dance for elderly residents at a local centre; and supporting the work of St Gemma’s hospice.

“We firmly believe that all young people have within them the potential to change our world for the better. It was an honour to attend this event with the Archbishop, who has championed this vision and inspired our pupils through his Youth Trust, to believe that they are not the leaders of the future, they are the leaders of today. The Young Leaders Award has helped to increase the confidence, resilience, tolerance and social awareness, of our pupils, helping them to develop leadership skills and grow in character by giving them practical opportunities to volunteer. It has given them greater awareness of the social needs around them and increased their desire and commitment to bring transformation to their communities”.

“The Young Leaders Award is designed to boost confidence, emotional resilience and life skills whilst learning about inspirational global leaders such as Mahatma Gandhi, whose famous phrase, “be the change you want to see” is a core value of the charity. Evidence reveals that developing young people’s leadership and character can help overcome social barriers and create a kinder and more resilient generation. We’re calling on the general public, businesses and community leaders to invest and support this exciting initiative as we empower the next generation to serve and transform our communities for the better.”

The Archbishop of York Youth Trust relies on support from schools, grants, individuals and businesses. The Young Leaders Award costs £24 per pupil. To date 62,000 pupils in 500 primary and secondary schools have taken part in the Award since 2011. The Archbishop of York Youth Trust wants to support 15,000 more children and young people in 2018 to ‘be the change they want to see.’ To donate go to:  https://www.archbishopofyorkyouthtrust.co.uk/

Video of the Archbishop of York available at: https://youtu.be/FgTeS2xxvKo